Send us an email!

Founded along the route of the Rock Island Railroad and incorporated as a village in 1869, Minooka has a rich history in the Chicagoland area. The center of the village is located in the northeast corner of Grundy County, with the village limits extending north into southeast Kendall County and east into Will County. This means that I-80 passes through the north side of the village, leading toward Joliet and eventually La Salle. Downtown Chicago is a mere 48 miles away, making Minooka an ideally placed location for families looking to escape the hustle and bustle of the city while remaining close enough for a reasonable commute. 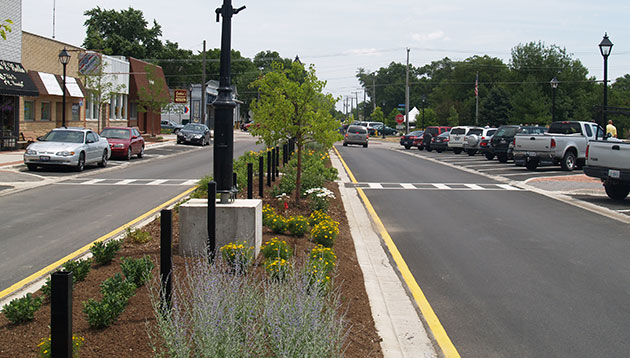 Another notable name in Minooka is Bill’s Drywall, the local expert in drywall installation.  For over 30 years, Bill’s drywall has been a leader in superior drywall services. Our skilled drywall professionals work on full size teams, which means we never have to subcontract our work. We pride ourselves in our craftsmanship and ensure quality workmanship on every project.

Whether you’re fixing up your Minooka home with drywall repairs or looking to do a full drywall remodeling project, Bill’s Drywall is the name you can trust. We hold an A+ rating with the Better Business Bureau and are the highest rated drywall contractors in the area.

Bill’s Drywall is a fully insured residential drywall contractor with the staff and efficiency to handle any job. We are committed to finishing any project on time and on budget.

You can expect the best from us. Whether you’re looking to do a full remodel or just need some repairs, we know the importance of maintaining your home to suit your needs. That’s why we offer great service and exemplary workmanship on every project we complete.

I have been using Bill’s Drywall for 20 years

Their pricing and quality have been spot on. They have done everything from a small bathroom job to whole houses. They show up and finish on time every time. Most importantly if there is a problem they are back out the next day to make it right.
Michael B. Homer Glen, IL

Bill’s Drywall is the best!

This is the third time I’ve used them. This project was a combination of repair work and a new finished basement. They showed up on time, finished putting up the drywall in two days, and completed the taping, sanding, finish and cleanup as scheduled.
Dennis O. Tinley Park, IL

Drywall Is All We Do. Here's What We Can Do For You:

We Use Hilti Screws, OSI Green Glue, Trim Tex and USG Materials Ask about our One Year / One Time Warranty for Minor Settlement Cracks

Find Us Here On